Ben and Jana with family and friends at Ben's graduation from the Interservice Physician Assistant Program, Fort Campbell. Congratulations, Ben!!

Theophany 2020-Blessing of the Waters

Blessing of the Waters

A brillliant Feast Day with the blessing of the waters of the Cumberland!

Blessing of the Winn's Marriage

Oh, who loves Nicholas the saintly?

Him will Nicholas receive, and give help in time of need. Holy Father, Nicholas

There on the threshold-Santa Lucia!

After a hearty lunch, we had our annual dessert baking contest, with the first place cup going to Brooke this year. Lunch was followed by pony rides, hayrides, and old fashioned races, culminating in the always fiercely-contested tug-o-war. This included the youth against the adults, won by the youth, and the men against the women, won by the women. As I told Archbishop Alexander, "Holy Protection-where all the women are strong, the men are good looking, and the children are all above average." He said, "Two out of three isn't bad."

Inspired by a visit to Scotland this past summer where Father and Matushka were able to attend a local Highland Games, we had our own version, dubbed the "Clarksville Lowland Games." Instead of contestants called the "Heavies," who threw really heavy things, we settled on more modest tosses such as the rock-put instead of shot-put, and the cinder block and horseshoe toss instead of the hammer and heavy metal weights. Instead of the 'Hill Run," where contestants run up and down a steep hillside, we (lacking any mountains) had a "Pit Run." Of course, there was also our own version of the caber (log) toss, although our "cabers were about one third the length of the cabers tossed by the Highlanders. Perhaps our version of the games was modest compared to the authentic Highland Games, but everyone enjoyed the good-natured competition. (Oh, and don't forget the march-in).

Following the "Games," we had our annual talent show. Some members played instruments, sang songs, or recited poetry. Others showed off their athletic skills. We even had a juggler and a duo hand-stand! It was good to have wholesome entertainment and recreation while being "unplugged." The day concluded with Great Vespers and a bon-fire. All in all, an enjoyable and soul-full day. I think our members look forward to a day of fellowship (koinonia) in honor of our feast day of the Protection of the Theotokos and the bonds that are fashioned and strengthened in our life in Christ: to Him be the Glory, now and ever! Amen!

The Seal of the Gift of the Holy Spirit

Congratulations to the Nelsons on their chrismation! - 04/01/18

Glory to God in the highest! 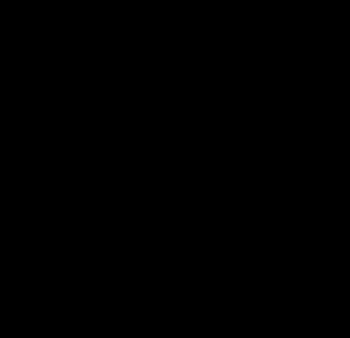 In loving memory of Priscilla Anastasia East, beloved daughter of Mark and Ocie Whitaker and treasured sister of Christine, Martin, and John. Priscilla was a devoted mother to her son, Nikolaus, a highly decorated member of the Army, a warm and generous person and friend, and a dear sister to all of us at Holy Protection Orthodox Mission. She departed on 2 February, 2017, and will be deeply missed by all who knew her. May her memory be Eternal and her dwelling the Courts of the Righteous!

Below is a link to her obituary from the local newspaper:

Putting up the Church Dome

Agape Feast of the Resurrection

Congratulations and many years to the Kerr Family on their reception into the Orthodox Church! - 12/20/15

Find out more about Project Mexico and St. Innocent's Orphanage for boys at http://projectmexico.org/default.aspx

Renovations of the new chapel